During the first days of May we will be re-enacting an infamous riot that took place in RL Berlin 1929.

In this blog post you will find information about what is going to happen in our sim and the historical background to the real riots.

We will try and recreate the real 1929 riots as realistically as we can with the limited options SL offers us.
Our sim is not like the Wild West, we are not a combat sim, so please make sure you know the projects rules and understand them before you take part in the madness of May 1st, 2nd and 3rd.

On May 1st at around 2PM SLT German Communists and sympathizers will gather outside the KPD HQ in the narrow Mieze Gasse, a side street of Friedrichstrasse.
There are rumours that the mayor has given permission for the march, other people may have heard that there is no permission but that the police said they wouldn’t stop the people… but the truth is that the ban on large public gatherings in the open air is still in effect and the police has been ordered to use brute force to stop any groups.
They have been reinforced by Army and even local Navy units.

The group will march to Friedrichstrasse towards Unter den Linden but when they reach the Volksbad, they will realise that the Police is not going to let them trough.
There they will be confronted by the police who has been ordered to make sure the groups of people to reach the ‘good’ part of Berlin where all the nice houses and big shops are.
Unter den Linden should remain off limits to the troublemakers!

The crowds will be upset, stones and bottles will be thrown and then a shot sounds…
It is not sure who shoots first, but chaos will follow. 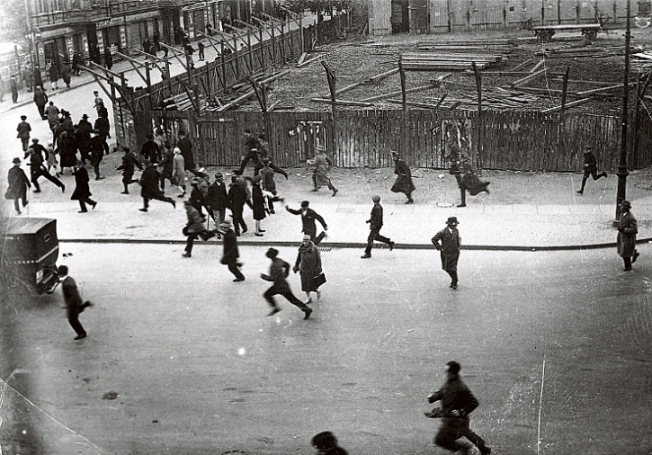 For three days events will be cancelled, police and protestors will play a cat and mouse game, houses can be searched, Berlin is a city of fear.

The police will block off part of the city, patrol, check people and will open fire at houses with red flags and people gathering.
Please be prepared to be hassled by them, even questioned.
If you don’t want to be part of this you may have to avoid the city or at least the working class district (west of Unter Den Linden).

Communists and other rioters will walk around with red flags and build their own barricades.
Shots will be fired, avatars may die.

For these 3 days Berlin will be in a state of emergency.

First you choose a side, do you want to be a protestor, part of the law enforcement side, a medic or simply a bystander.
Keep in mind that you can’t just pretend to be a soldier, nurse or police officer, you’ll have to sign up and it may be too late to do that in time for the riots.

On May 1st, 2nd and 3rd, everyone in Berlin should wear our brand new combat HUD!
You will be able to get yours at Teleportplatz and the Amtshaus on Alexanderplatz.
Simply wear and give permission.
No more being teleported home when you get shot, now you actually get wounded and have to crawl to the hospital or a nurse may have to come to you before you can get better.
If you get shot you’ll have trouble walking, and eventually won’t be able to do much moving at all.
It can take quite some time to heal and you’ll be out of the fight for a while.

If you think that being a communist streetfighter, doctor, nurse, orderly, soldier or sailor does not match the role you generally play in our sim, it is perhaps a good idea to create an ‘alt’, a new avatar.
But please do remember that unless you temporarily add him as your co-tenant, he or she will not be able to rez and thus throw or shoot.
Remember though to remind me after the riot to remove the rezzing perms from your alt, this is very important.

We ARE looking into allowing everyone to shoot and throw things, we know this is possible but it is unlikely that we manage to work this out in time for this year’s riots.

Remember though that most workers would not own guns, they would use whatever they could find to throw at the police and of course some would use knives.
There are some rather interesting weapons available on marketplace that use animations and can knock your opponent out, like the truncheon the police uses.
And those work even without rezzing permissions.

Another tip would be to look for wounded tattoo layers, bloody bandages or other things like that to make yourself look the part when things go wrong.
It adds to the realism and you can’t be sure you like the stuff you can get at our hospital, if there is anything at all.

Join the KPD group to communicate with the other revolutionaries.

We hope to see you here on May 1st as part of the communists, the police, the navy, the army, the medical staff or as a bystander.
Please remember that if you have not been to Berlin before, that we have a strict 1920s dress code.

Demonstrations in the open air without special permission have been banned since 1924 in Germany but this never caused any problems.
But by 1929 the political tension in Germany had heated up so much that trouble was brewing.
At the end of 1928 Adolf Hitler’s public speech ban was lifted and he had started agitating the situation in the country right away, causing street fighting and several deaths.
The Berlin Police President Karl Friedrich Zörgiebel then reinforced the ban on all public open air gatherings of political nature in Berlin.
When in April 1929 the Communist Party (KPD) started calling workers to come to the May day rally, it was announced that this public gathering ban would also be valid on may the 1st.
The communists were furious and threatened to have their rally anyway.
The police started preparing for riots and street fighting, extra police troops were called in. On April the 30th the KPD handed out leaflets claiming the political gathering ban had been lifted, but it was not.

There were also rumours going around the city that the police would look the other way and ignore the marchers, they would not.

On May 1st thousands of Berliners started gathering and went on their way to the center.
For them this May day was more important then usual.
At this time the newspapers were full of the trial around the murder of revolutionary leaders Rosa Luxemburg and Karl Liebknecht in 1919 and it seemed that the murderers would be very mildly punished, people were angry.
They also wanted to celebrate their 10th anniversary of the Komintern.
To add to all this, the government of Germany was led by the Social Democratic Party, a left wing party.

Having a party with who the Communists shared several ideologies but also be their oldest and perhaps biggest opponent, tell the KPD they couldn’t march was like rubbing salt into a wound. And of course the Nazi’s were growing and becoming louder and more aggressive all the time, it sometimes seemed like they were not being stopped by anyone while the Communists were not allowed to do anything.
The communists were furious, the city was tense.

The City Council told people that they were permitted and celebrate May Day but only indoors.
Many people did just that, having huge gatherings in halls and public buildings.
But others did not receive that information or just felt they had to right to march outside.

When the police saw large groups of people marching trough Berlin with red flags and armbands, they took action.
They attacked people with batons, used water cannons and warning shots were fired.
The Social Democrats had followed the outdoor gathering ban and had had their may day meetings indoors but unfortunately they had to go outside to go there and to return home.
After his return home from such a meeting Max Gmeinhardt was shot when he didn’t close his window fast enough.
Other groups of innocent bystanders, civilians and Socialists simply going to or returning from permitted gatherings were set upon by the police.
With now also the social democrats, workers and poor people in general becoming furious, the conflict escalated rapidly.
In the afternoon barricades were erected to make it harder for Police cars to reach certain areas.
In the evening the police started using armoured vehicles with machine guns, only meant to be used when the police was fired upon.
Police start shooting at houses with red flags.

On May 2nd the KPD called people to go on strike as a reply to the police violence.
On May 2nd and may 3rd the police combed trough the working class areas, searched houses and arrested countless people.

In total 33 demonstrators, workers and bystanders had been killed by the police, most of those on just the first day and at least 80 were seriously injured. The Berlin police, under control of the supposedly pro-labour social democratic government, had fired a total of 11,000 rounds of live ammunition.
This incident, remembered in the German language as Blutmai (“Blood May”) deepened the split between the SPD and the Communist Party, which indirectly helped the German right wing parties and the eventual rise of the Nazi Party in the German parliament. 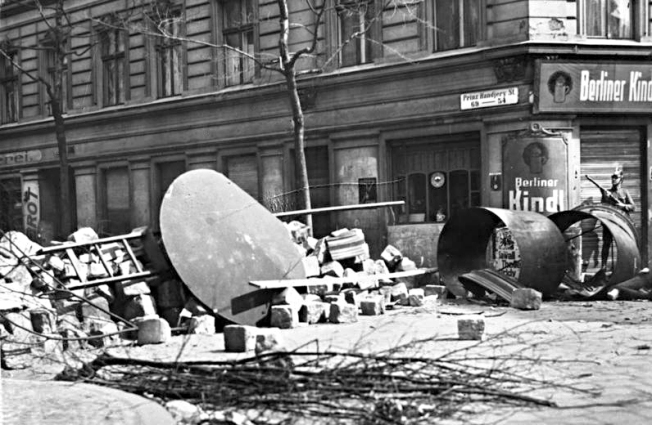